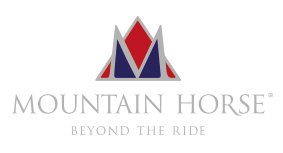 Sign up for the HorseLoverZ Emails - and be the first to know about our latest Sales! HorseLoverZ is the world's largest online tack shop. Shop everything horse right here in one place.

We want you to be happy with your purchase! If you are not completely satisfied with an item, simply return it in its original, unused condition within 30 days of receipt along with a copy of the original invoice or return form (if applicable) and it will be refunded, replaced, or exchanged for you. For complete details for returning items such as Saddles, Horse Blankets, Bits, Undergarments and Supplements and for complete return instructions, you can read more here by clicking here.

Have A Question About This Product?

Question:  what part is the break away?

Answer:
This halter features a breakaway fuse at the crown buckle.

I ordered the cob size Centaur Fleece Cushion Breakaway Halter. The fit was great! It arrived quickly. Exactly what I needed for my Arabian mare.
Verified Purchase

These are OK, I like the flexibility better than the more expensive brand, and these are almost half the cost of the others. There were a couple things that stood out though. We ordered two of them. First, one was assembled incorrectly. Fortunately we were able to correct that. Second, most of the pictures show that it's flat and a sewn seam on the side pieces connecting the front nose band to the rings on the cheek band but it's not. It's knotted at the rings on the cheek sides and I was worried that it would rub However, once I put one on a horse, I found that the halter is flexible and soft enough that I'm not concerned about it. The only other comment is that I'm seeing different pictures of supposedly the same thing on different websites. In general, not a bad halter.
Verified Purchase